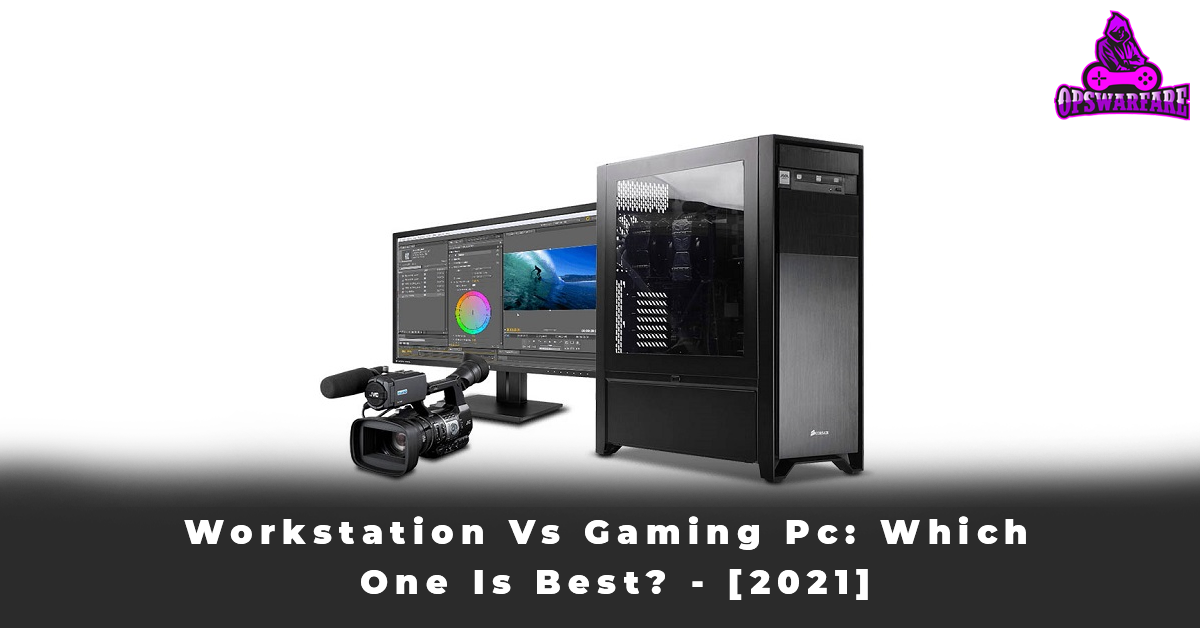 If you don’t understand the ins and outs of computer hardware, from a superficial perspective, a gaming PC vs. workstation can look quite similar. After all, one powerful processor is just as good as another, right?

In the past, a workstation would often be extremely powerful, easily overshadow typical gaming PCs. However, as streaming, 4K resolution, and ray tracing have emerged as the next step in PC gaming, the disparity between work and gaming has slowly shifted.

Still, there are potential differences and similarities to take into account to make sure your PC does exactly what you need it to do. So if you find yourself cooped up and looking to order a PC upgrade, you’ll want to check out what makes a good workstation or gaming PC.

Workstations are computers intended to be used by professionals, especially those doing some kind of computationally intensive task. It might be an engineer running a 3D modeling program, a digital artist rendering animations, or a data scientist doing research.

Whatever the case, these are people who need more power than you’ll find in your average PC, which means they need a workstation.

The most readily defining features of a workstation are a powerful processor, and usually far more RAM than you’ll find within the average PC. You’ll usually see marginal improvements in other areas of the build as well, partially to prevent one component from bottlenecking another, and partially to help create a more durable type of computer.

Workstations are often made specifically for the purpose of sustaining performance over time, which requires parts that were constructed in anticipation of perpetual use.

Like a workstation, a gaming PC has to be stronger than an ordinary computer. Modern games require increasingly higher technical specifications, which is why a powerful gaming PC requires parts that are far more powerful than what most non-gaming PC users will ever need.

But running games is a very specific type of process, and gaming PCs are optimized around those needs specifically. Consequently, the differences between a workstation and a gaming PC usually vary from one component to the next.

And now, let’s answer the main question: what is the difference between a gaming PC and a workstation? Honestly, it all comes down to the components.

Workstations always have a powerful CPU that can handle complex computational tasks. CPUs found in a workstation can include the following:

As you might already know, Intel Core i7 and Ryzen 7 processors are the most powerful processors that can be used in a gaming PC. Anything more powerful would be excessive.

Yet, as you can see, workstations go much further, employing CPUs that would never be used for gaming, unless serving both as a workstation and a gaming PC.

However, the GPU is the essential component in a gaming PC. It could also be an integral part of a workstation if used for graphics-heavy tasks, such as photo editing, video editing, 3D modeling, and etcetera.

If that is the case, a workstation will utilize one of the following GPU brands:

Most gaming PCs, even high-end units, only require 8-16 GB of RAM, with some opting for 32 GB simply due to the low cost of upgrading. The main reason you’d even consider adding more RAM is to squeeze every bit of power out of your CPU while future-proofing your build for the next few years.

While there are plenty of options available from Corsair and G.Skill at the higher GB option, you’ll want to be sure it’s compatible with your motherboard before buying.

For a workstation, 32 GB is the minimum when it comes to RAM, with most high-end builds touting 64, 128, and even up to 256 GB of RAM. The reason for this, again, comes down to ease of use and optimization when using multiple pieces of software.

Not only does more RAM lead to greater system stability, but it helps prevent data corruption and provides a faster user experience.

In a gaming-optimized system, it is rather the graphics processor that is the essential component. Although the GPU is becoming more important in workstations, a GPU for a workstation may not be the most appropriate for gaming.

If you want to build your own gaming computer and include some workstation features, such as 3D modeling, video editing, and graphics, two models are best: NVIDIA GeForce or AMD Radeon RX. They are both suitable for gaming and intensive computing tasks.

Because workstations often use special CPUs and RAM, there are matching differences in their motherboard. Apart from simply having the right socket for workstation CPUs, these boards are unlocked for higher quantities of RAM and tend to have a generally high build quality. The chipsets on various workstation motherboards usually aren’t anything remarkable.

Turning to game computers, the biggest difference comes down to sound capacity. Workstations may or may not care about sound at all, while it’s a necessity for a gaming PC.

Many gaming-oriented motherboards use an audiophile-type construction, which includes gold plated I/O contacts, and filtered power for an attached digital audio converter.

Again, the answer is mostly capacity. A workstation might have 20-drives shoved inside of it. You’ll need to be able to power all that extra hardware, and that means you might end up with a much larger power supply.

This is pretty much the same with HHD storage bays as well. You’re generally going to find more connections for those kinds of externals, and you’re going to find the PC is inside of a case that’s able to accommodate more stuff.

While you can reasonably stuff a powerful gaming PC into a mid-sized case, a full-sized case is much more in line with the spirit of a workstation.

Similarities Between Workstation And Gaming Pc

Likewise, there aren’t many differences between workstations and gaming computers when it comes to storage. Workstation motherboards and cases are generally equipped to take on vastly more numbers storage drives, but that’s essentially the only distinction.

Can You Use Your Workstation as a Gaming PC?

The short answer is yes, simply due to the increased power and memory found in most workstations. The one caveat to consider is the GPU. Without a high-end unit that prioritizes resolution and consistent frame rate based on your monitor’s refresh rate, then it may not be as visually consistent as you’d like.

For those that prioritized building a gaming PC, you may not have the same ease switching it over to a workstation. Depending on your needs, the lack of memory and storage combined with the lower-end CPU can be a deal-breaker for data-intensive work.

However, for most professionals, there’s a good chance that those spreadsheets, word docs, and daily conference calls will function just fine on your gaming PC.

On the basis of the above article, we understood the basics of a workstation and a gaming PC. We went through the major differences between them.

Workstations are among the most powerful computers on the retail market, it makes sense that they could be used for gaming. However, performance gains will depend essentially on the GPU. To perform both types of functions, in which case you will need an NVIDIA Quadro or AMD Radeon Pro graphics card.

Conversely, a gaming PC can be used as a workstation only under certain limited situations, depending on the lower-performance needs of the user.

Anyone looking to buy a computer and is confused, if he has to buy a workstation or gaming PC can refer this article to choose the best option according to his requirement.

Can I use a workstation as a gaming PC?
Workstations are among the most powerful computers on the retail market, it makes sense that they could be used for gaming. However, performance gains will depend essentially on the GPU. To perform both types of functions, in which case you will need an NVIDIA Quadro or AMD Radeon Pro graphics card.
What is the difference between workstation and PC?
The terms workstation and desktop are used interchangeably, but they have a difference. The main difference between a workstation and a desktop is that a workstation is a special computer designed for technical or scientific applications while a desktop is a personal computer designed for regular usage.
Are Gaming PC better than regular PC?
The difference is a gaming PC typically has a more powerful CPU and video card plus (usually) more RAM and storage space than a general-purpose computer because many games tend to be very demanding of hardware resources. Think of a “regular” computer as an economy-class Chevy and a gaming computer as a Bugatti Chiron.